Adoboloco are known for making traditional Hawaiian ‘chili pepper water’ or ‘fire water’ hot sauces which are typically enjoyed on all kinds of food ranging from eggs and rice to meats and seafood. They are by far the most popular hot sauce brand from Hawaii, as they really know how to turn simple, natural ingredients into unique flavours!

We offer lots of other products by Adoboloco, online and in-store, including a Pineapple Habanero Hot Sauce, Smoked Ghost Pepper Hot Sauce, and a Hawaiian BBQ sauce! Come give them a try at one of our locations! Fun fact: Kolohe Kid actually appeared on Season 8 of Hot Ones; everyone’s favourite spicy chicken wing-eating interview show by First We Feast on YouTube. Many of the guests have enjoyed it, with some experiencing delayed heat from the ghost peppers.

Kolohe actually means ‘naughty’ and this sauce is indeed! This is because it hits you first with savoury flavour which distracts you from the slow-building heat of the ghost peppers. The flavour profile of Kolohe Kid is tangy, earthy, and a bit briny. There are very few ingredients in this one.  In fact, you can count them all on one hand! I tend to really enjoy sauces with simple ingredients which complement one another. This product is a prime example! Apple cider vinegar acts as the liquid preservative, adding some sourness and tang. The chili peppers include Hawaiian peppers, which are about as hot as bird’s eye chiles and have a sweet flavour, and ghost peppers, which are very hot and have a fruity, lightly earthy flavour. The sea salt is fairly present, but I wouldn’t say there’s too much of it. The garlic zing is noticeable but is well-balanced with the other ingredients.

This sauce is rather vinegary. I personally don’t mind vinegary hot sauces as long as the flavour I’m looking for is there. Some people absolutely can’t stand vinegar. That’s OK! We can’t all like everything. Kolohe kid definitely has lots of tang from the apple cider vinegar, but it’s a kind of sensation that is equally met with savoury flavour and pretty decent heat. So, if you really don’t like vinegar, I wouldn’t recommend this one to you. If, however you don’t mind the kind of tang one would find in any of the Tabasco sauces for instance, then you will definitely enjoy it!

During my time working at the Chilly Chiles storefront, I got to help all kinds of customers, with different tastes and heat tolerance levels, pick the right sauce for them. Sometimes, the question of vinegar would come up with some not minding having a vinegar-forward product, and others being turned off by the idea. At the end of the day, it’s all a matter of preference! I can honestly say, however, that Abdoloco make some GREAT products. Kolohe kid is definitely one of them.

In terms of heat, I would give this one a solid 6 out of 10. It’s not the hottest ghost pepper-based sauce I’ve ever had, but it’s got a good kick that I’m sure many people could appreciate. It’s at a heat level that is just a bit over what you’d expect from a habanero-based hot sauce. So, if you can handle sauces at that heat level, this one should be totally fine!

Add some Kolohe Kid to your stir fry noodles or rice, soups, salads, poke bowls, chicken wings, salmon, BBQ pork, pizza, subs, tacos, oven-roasted potatoes, stews, and more! I have personally enjoyed it as a table sauce with so many of my meals over the past few months. I find it enhances almost anything you put it on!

Come by one of our store locations and give Adoboloco Kolohe Kid a try!

- This is the Buckley's Mixture of hot sauce, because it tastes awful and it works.
- It is a brutish thug with a roll of quarters and father issues.
- It is what happens when someone moves from hurting animals to torturing humans for sport.
- Used nefariously, it may actually contravene the Geneva Protocol.
- I'm glad I tried it - and depending on whether I suffer from dissociative amnesia, I may reach back into the fridge....
- Great customer service - see attached pic!

Literally all you need to enjoy it is like 4 drops. If you CANNOT handle heat may not be up to ur capabilities lol. I love it. Why it's Da Bomb!! 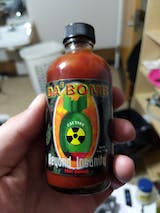 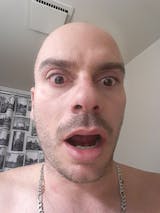